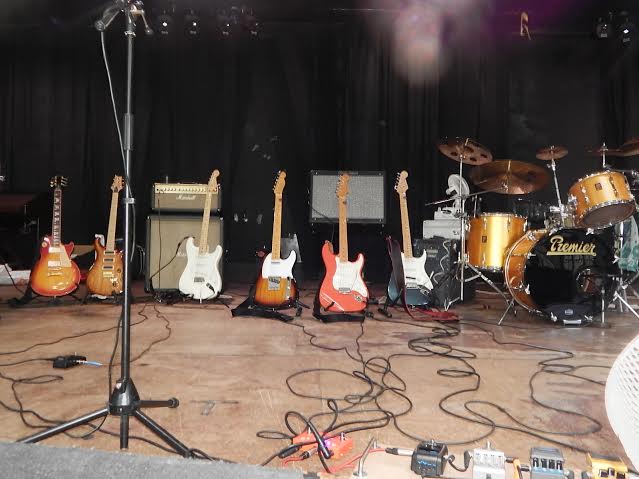 The band has been very busy gigging these past few months and on the whole we're doing alright. We went down really well at a club down in South Yorkshire and the audience want us back, but then we found out that the concert secretary has decided that he is only going to book entertainment through an agent, so they won't give us a return booking even though they know firsthand how good we are at what we do. It's a shame because it was a well paid gig and on top of that, the club members who pay their membership fees do not get to see the entertainment they want. Our band does not want to work through agents because they take a big cut and do nothing. Right now so many of them are sending out singers who sing to backing tapes and when we go out we here people say that they want a live band that plays it's instruments and brings some excitement to the place. We have twenty gigs lined up for next year so far and hope to add another ten or twenty to that number.

However, last night we were booked to play at a club here in my home town of Huddersfield. We turned up at seven in the evening to set up and have a sound check, ready to go on stage at nine. However, not one person turned up to the club and at five to nine we took our fee for the night and packed our gear away. I have never experienced that before, what we saw was actually a badly run club which is dying and will probably close down in a couple of years.

We've played some good venues lately and the band is earning good money. This year I have bought two new guitars from my band earnings and I have a nice pot of money that grows weekly. However, with work on our home needing doing, for now that is going to be where I spend my gig money on. Next year I hope to buy a Fender Vibroluxe and possibly a really good guitar. I don't know what brand, I will know when I find it. I have a hankering for something that is not widely available and will stand out from the rest. It won't be a Gibson, that is for sure, I will never buy one again, Also not a fender. I fancy an Anderson or possibly a Musicman Sillhouette.

Well, here is wishing each of you the very best in your playing and thanks for reading.