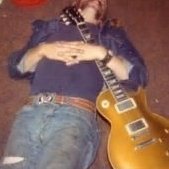 By lavern23,
January 7 in Heritage Guitars

When the new group bought out the original Heritage they dumped a lot of their smaller dealers.  That caused some hard feelings.  I understand that.  It isn't the same company these days.  I can appre

My opinion is that Heritage has made great guitars since their inception.  But they also had some lemons.  That meant that the buyer needed to evaluate the individual instrument.  The HOC was very hel

On this forum, I always felt uncomfortable saying what I did about the quality flaws of the older guitars, but there is NO doubt to me, that Heritage is building the best guitars they have since I've