Top content from across the community, hand-picked by us.

Made in the same place, but a MUCH different vibe!

brentrocks posted a topic in The Family Tree, February 1

In case you didn’t know, all Harmony guitars are now being made at 225 Parsons Street, in Kalamazoo Michigan.  The same place as Heritage Guitars.

Picked this up from a Craigslist deal today.  It’s in excellent condition.  Sets up with a nice low action.  Has a wonderful vintage vibe!!   Plays and sounds great!!!  Stays in tune like a CHAMP!!  The MONO Vertigo gig bag is a nice plus as well!!

A very cool and wonderful instrument!!

The Girl from ipanema with Heritage archtop guitar

Hi,I play "The Girl from ipanema" with Heritage archtop.

If you have time, please lissten to it.

I had a Heritage many moons ago, probably a decade ago. I've gone through more than a handful but have always wanted a lemony LP/150 looking thang, and finally found one. Now I can stop pestering Brent ;-).

I just bought a CC 150 from Tejas. Hope to have it early next week. Here's a peek from the shop... it has a twin that is nearly identical in every way that is still there. I had a tough time choosing between the two but this one has a slightly darker board.

I playing Sunny in a rock beat with my Heritage Sweet16.

If you have time please listen to it.

It's been a while since I sold my H-150.  I don't regret it but couldn't close that hole.  I tried am Epiphone Koa Custom LP, a Gibson LP Deluxe, but the itch was still there.

My first heritage. It’s had some mods, but I’m fond of them. Lots of stories in this guitar after 30 years.

I bought this awhile back. It was faded Pelham Blue but I could never get to like the color and I like seeing the wood. I call it Black Cherry.

Dave Teske did the work on it. He does excellent work.    David Teske - Guitars and furniture custom finishing and repair services

Thanks for having me.


I’ve owned a ton of guitars and banjos, and still do, and my favorite guitar that I own out of all of the vintage ones is my Gibson ES-347.


I just found a great deal on a 2002 Heritage H-555 with the upgraded pickups and VIP electronics.

It’ll arrive tomorrow. Think I’m in for a treat?

Well, I’ve wanted a 17” archtop for a while. I had two to choose from, a ‘41 L7 and the one I went with, a ‘47 Triumph. I put some new strings on it and recorded this clip with my iPhone this morning at 6:30am before work. The audio obviously could be better but through headphones or good speakers it does give a decent feel for the tone of the guitar. I have been looking for a 30s-40s Archtop, it had to parallel braced and long scale and I couldn’t afford an L5,10, or 12 so that left me with the 7 and I might be able to find a Deluxe I could afford but I didn’t see any. My local shop just got in 7 killer arch tops and this Triumph was one and an L7. The Triumph was better sounding in a huge way and it was way less $ so now it’s mine.

Nice read on a Great Man!

Have a great day.

Have a great day.

Here's a little rock and roll jam recorded live in my studio. It's me on vocal and acoustic guitar, and my good friend Ryan Hawthorn on  lapsteel!

This is exactly what we sound like live so take an 8 minute ride with us and party on coolios, but fair warning, this really needs to be heard on something

other than computer speakers as the rhythm is all in the low end, turn it up.

They have provided a new link and asking everyone to sign up again.

My apologies for asking everyone to duplicate their sign-in.

Let me know if you're having a problem with this link!

New Guitar Day (there's gold in them there hills).

I got this about 1 month ago and finally got around to bringing her back to life with a set up, a new pickguard. It is a Goldtop Heritage H576 (one better than the H575).

Why I stopped shopping for guitars: or Put down the computer and pick up the guitar

My take on the subject brought up by the video below is this... Buying guitars and playing guitars are unrelated. If you want to play guitar, all you need is one guitar. Buying guitars is a completely different experience which satisfies the need to hunt, stalk some elusive prey, capture it and bring it home where it will remain until it is needed, thus also satisfying the need to feel prepared for that which might come in the future.

I also like using tools and tinkering on things. What if I just want to work on guitars, tinkering and not play them? Would I not be allowed to enjoy guitars by simply working on them? (I do like jamming on a guitar, my point being is that playing the guitar is not the only way to enjoy the guitar. Sometimes I'd rather just enjoy looking at them hanging on a wall as a collector might do rather than playing them.)

But in my case, I've just realized that I already own nearly every incredibly awesome guitar that I could ever dream of, and my hands are starting to hurt when I grab things. My hands are starting to feel the way those people on the arthritis TV commercials are describing their own hands. The newest source of irritation is the occasional sharp pain in the web of my hand, between thumb and first finger which happens when I try to squeeze my grip closed around the neck of a guitar in order to remove it from its wall hanger.  So I guess if I'm ever going to take guitar playing seriously, I'd better get to it now while I still can.

FOR YOUR CONSIDERATION...NO TRADES PLEASE

Some of the highlights of this custom shop masterpiece include:

Heavily flamed and bound back

Bound Ebony fretboard with Abalone and Mother of pearl inlays

I would almost call this guitar mint....if 100 people looked at this guitar, 90 would say its mint....I'm gonna say near mint.   NO fret wear, a couple tiny (smaller than a pin head) impressions...some light polish swirls.

The H555 is no longer in the "STANDARD" production line at Heritage.....which makes this a CUSTOM ORDER guitar now...….that translates to BIG MONEY!!!!  If you were to order this H555 tomorrow, you would be looking at a $3500 price tag....maybe more depending on the options you choose.

Own this near mint example for HUNDREDS LESS!!!!!!

For sale is my 2009 H-150.  Some of you may remember this guitar as the PSP2 prize from the fine folks at Heritage.  It is in the same condition as the day I got it.

I'm not a real guitar guru, but I'll try and answer any questions you may have.  I'm asking $2,200 plus shipping.

Heritage H-535 in excellent/mint condition.  No scratches, dings, or dents.    $1600.  Would drive a reasonable distance to meet in the middle.  Located just south of Bowling Green, OH

Been a while since something happened at a gig that I thought worth bothering others with. The one this past Saturday was .... potentially disastrous, yet somehow ended being quite fulfilling.

La Cygne KS - known for it's proximity to the La Cygne Nuclear Power Plant and the oft spotted 2 headed frogs. To be fair, the river and the town were there long before the power plant. And they are a few miles apart. Anyway, BFE in Eastern Kansas. I get there 1 1/2 hrs before the gig. Tracy is there, drummer is not. He's always first. Very conscientious about gigs and getting set up. Hmmm. Tracy and I unload, start setting up, he's still not there. It's now 1 hour before the gig and he finally responds to texts and phone calls.

So, no drummer, sit in bass player. Oh, did I mention my pedal board went wanky? 30 minutes to find a short(ing) cable. Because it wasn't shorting all the time. Argh!! So, come 9p we started, with the sit in bass player and no drummer. Hmmm, not bad. Played mostly slower, more acoustic(y) stuff. Some older goodies we don't normally play. And we made a thing of the drummer not being there. Mentioned it before and after every song. Bus .... drummer, IYKWIM. And then about 9:30 the side door opens and in walks the drummer. The whole bar applauded and cheered him on. It was pretty cool. We took a break, helped him set up. Did a quick check on the kick drum, and proceeded to bust it loose! Owner thought it was a good "skit"; bass player was spot on - he and I meshed very well; Tracy was in great form (vocally as well); and the drummer had lots of energy. Turned out to be a very good evening.

DetroitBlues posted a topic in The Family Tree, March 21, 2019

I’ve seen a few Chibsons around my local area lately.

Some on Craigslist and some in local second hand shops.

While they have been honest of what they are, but should they even be allowed on the market?

Would you buy one, even if you swapped all the parts or the quality was actually high?

NEW HERITAGE GUITARS ON THE WALL AT KALAMAZOO GC

Walked into my local GC the other day to find 5 new Heritages on the wall.....right next to the Gibsons!!!! 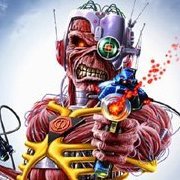 I've never been to Martin Festival or PRS Experience (https://www.prsguitars.com/blog/post/experience_2018_event_recap).

Truth be told, I'm a bit concerned with the VFW availability this year and years moving forward.  Also, while the cost of the Country Inn hasn't risen too much over the years, the quality/condition of the rooms has declined. With this, I'm researching new hotels and venues to host our PSP events. While Plaza Corp and Bandlab has been offering to host our event at their future Outdoor Beer Garden, I honestly don't know if/when it will be ready for us.

Now here's my thoughts, I could use some constructive opinions here.

Find a hotel that has an outdoor reception area that we can have catered.

Find a hotel that offers shuttle services to another location.


In previous years and including this year, PSP has been a free event. However, by evolving PSP to a more exclusive styled event, we may have to start to pay upfront.  One location I'm looking at is up to $1000 plus catering costs.  While that's a bit expensive, if we say there are 60 people coming, the event could only cost us $25 a piece.

I don't want to move forward with this if we are not wanting or willing to at least explore the option.

I get nothing out of this other than just hosting an event for the members of this community, many of which I call friends.  I also don't want to alienate or take away anything we experienced over the years either.

Your opinions mean a lot to me.  What do you think?